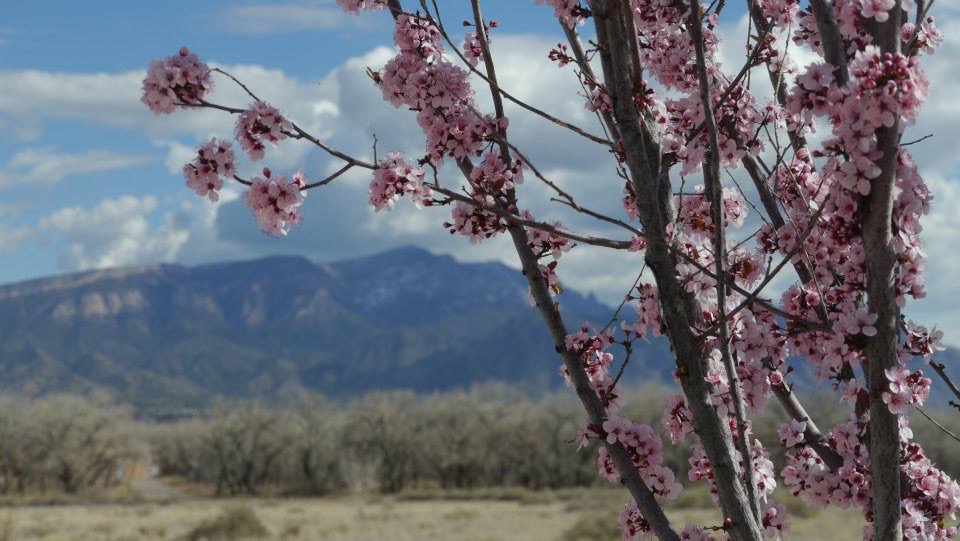 It’s snowing here in Cleveland, but just last week I had the privilege of standing in the sun of Santa Ana Pueblo for the AISES Leadership Summit at Tamaya Resort.  This Summit is hosted annually by the Resort and the Pueblo and features presentations on – you guess it – leadership.  A large mix of both students and professionals attended this year, and from all seven of our Regions. 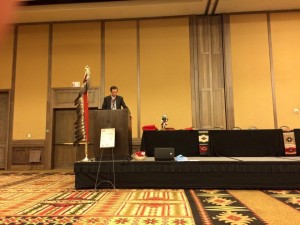 The event officially began with a Sunrise Ceremony at 6:45am last Friday.  Stan Lucero and Phil Lane, Jr. led the ceremonies; we were fortunate to have all but three from our Council of Elders to attend. 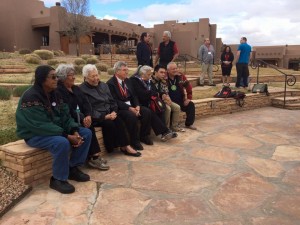 The Elders and family.  Photo by Kayla DeVault.

Friday and Saturday were jam-packed with sessions by professionals, Region Reps, and special guests.  A panel discussion gave us a taste of the pathways taken by such figures as Sarah EchoHawk, Rick Stephens, Shaun Tsabetsaye, and Paul Kabotie.  A.D. Cropper returned with his well-known enthusiasm for leadership, and Howard G. Adams led a couple presentations that cracked everyone up with his bluntness and vitality.  A powerful Talking Circle led nearly everyone to tears, and several prayers and songs by the Elders moved us sometimes to tears as well, but a good dinner and a fun dance balanced it well.  The weather was nice, the blossoms were out, and the Sandia Mountains served as a transforming background through its mists, sunsets, and clouds. 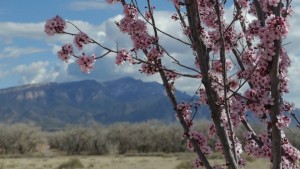 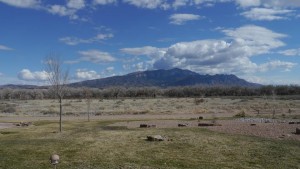 Even the Elders were out enjoying the constantly burning fire, the sun, and the trail that stretched to the cottonwood forest below.  We even passed Faith Spotted Eagle out on a stroll before we all crammed together for a picture in front of the Resort.

Alas, AISES Conferences never last long enough.  It was over before we knew it – but not before some of us visited the Tent Rocks! 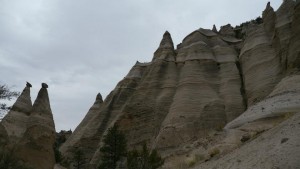 I’m even repping my AISES hoodie! 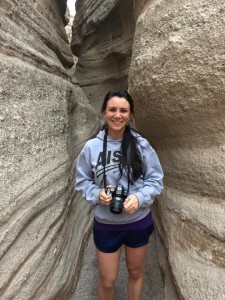 Me in the Park.  Photo by Jacob Conners.